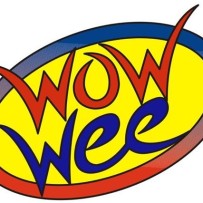 Steam curls up as bright-red crawfish are poured onto newspaper-covered tables. You begin to salivate as the smell wafts toward you. At that moment, you wish you had something to dip those babies into. Something that tastes like your mama made it, with a hint of garlic and a subtle kick.

Someone slides down a bottle of pink-hued sauce. Your prayers are answered.

Wow Wee Dipping Sauce is the brainchild of Cut Off native Lois Comeaux and her husband, Charlie, and their relatives Tony and Celeste Griffin. The product hit shelves about two years ago and is now distributed in 300 stores from Ohio to Florida—and right here at home at local groceries.

“When my niece asked me to get involved in it, she just asked if I would help them get it into stores in the Lafayette area,” says Tony, who currently lives about two hours west. “Our family has always made [the sauce], and we just decided to come out with it on the market.”

Because the families have been whipping up the original dipping sauce, which tastes great on everything from crawfish to hamburgers, for about 20 years, Tony knows exactly what each batch needs to give it that special somethin’.

“We just always made it that way … and some of it—we tweaked it a little bit—and then my niece came up with the original recipe based on my family’s recipe for it,” Tony says. “The spicy Cajun dipping sauce, we just sat at the kitchen table one day experimenting. I knew what it needed to taste like.”

The products are bottled locally at the Wow Wee Dipping Sauce facility in Cut Off. With two giant vats, the company can crank out about 500 cases in one day, ready to ship to distributors across the globe.

To get a taste of the good stuff, head on over to your local grocery. Don’t be afraid to let out a big Ayeee!

Click for Original Article by Point of Vue Magazine