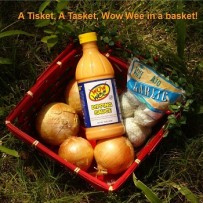 The LSU AgCenter plans to open a food business incubator in early 2013, which will give entrepreneurs a chance to turn their favorite recipes into items that can be sold in restaurants or grocery stores.

The AgCenter recently hired Gaye Sandoz, a 37-year veteran of the food processing business, to run the incubator. Sandoz came over from the state’s only other food business incubator, Edible Enterprises in Norco.

“This is a source of economic development, because we are a food state,” said Sandoz.

The plan is for the incubator to provide space and equipment for people to make everything from sauces, soups, seasonings, ice cream and baked goods. Officials with the LSU food science department will work with the businesses to formulate recipes for a large scale and make sure the food products remain safe on store shelves. Sandoz will help connect the tenants with local grocery stores, to provide them with a place to sell their products

At the same time, the Louisiana Business & Technology Center will help the food businesses develop business plans and worksheets to manage their cash flow.

John Russin, vice chancellor for research at the AgCenter, said it will take a “very modest fund” of only a few hundred thousand dollars to get the LSU incubator running. The food science department has millions of dollars worth of equipment it has purchased over the years that will be used by the incubator.

The main expense will be cleaning and sanitizing the equipment so it can pass inspection for food production, Russin said.

Food incubators play an important role in helping people bring their products to market. For one thing, safety regulations prevent restaurants from making food in their kitchens and selling it in grocery stores. So, if a small Italian restaurant wants to bottle its marinara sauce, it has to find an outside kitchen.

There are co-packers that will produce, package and sell food items, but they have large minimum orders and charge by each bottle they handle, said Charlie Comeaux, one of the owners of Wow Wee. Comeaux’s company makes a dipping sauce for boiled seafood, French fries and onion rings.

“A co-packer may charge you 35 cents a bottle to handle everything, and they may have a minimum order of 5,000 or 10,000 bottles,” he said. “That’s a ding when you’re trying to get started and develop some working capital.”

Comeaux and his family started Wow Wee in September 2011 in the Edible Enterprises incubator. Last week, they got a permit to open a manufacturing facility in Cut Off.

In the short term, Russin said his goal is to see how feasible it is to operate a food business incubator. The goal is to get the facility up and running in six months.

“We’re convinced the clients’ rents will pay for this,” he said.

Russin said he would like to see about six clients in the incubator, with “two or three or four” selling products in stores and restaurants. There’s also an opportunity for the incubator to do some work for larger grocery chains, such as packaging some store brand items.

“We have an expertise that no one has and our scientists understand the food business,” he said. “This is an outreach we haven’t done in the past.”

Sandoz said she started working for the AgCenter two weeks ago. Her first week on the job, she said, she was contacted by three new tenants and six tenants already at Edible Enterprises, who wanted to move into the new facility.

One of those tenants who could move into the LSU incubator is Hanley’s Foods. Richard Hanley Jr. launched the company in July so he could sell his Sensation salad dressing.

“It really came to me that Sensation is my favorite salad dressing, but you can never get it in stores, it’s always something you had to make,” Hanley said.

Getting the dressing ready for stores was complicated. Hanley quit his full-time job so he could find and source the right ingredients.

“There’s a lot of moving parts and a lot of math,” he said. “It’s one thing to make the perfect bottle of salad dressing. Making the perfect 600 bottles is the hardest part.”

Hanley lives in Baton Rouge, so he said it will be easier for him to get to the LSU incubator instead of driving to Norco.

“But really, this is about Gaye,” he said. “She knows the industry inside and out. She’s great at what she does.”